India Online 2005 reported that there are about 1.2 million Indibloggers. Debashish Chakrabarty, the founder of Indibloggers.org says he would “take that number with a pinch of salt. A thousand odd new blogs may be registered daily and perhaps a similar number are relinquished or languish for want of getting updated. I would put Indian blogs somewhere between thirty to fifty thousand in number.” I ndibloggers.org awards bloggers in different categories.

Chakrabarty is convinced of the medium’s growing strength. “Close to 300 blogs were nominated at the Indibloggies 2005. Of these, 100 blogs made it to the final voting stage. Nine hundred votes were cast to decide the winners across 18 categories ranging from Indiblog of the Year (stand up Amit Varma, IndiaUncut wins!) to best blog in various Indian languages.” Once again, the veracity of the awarding process was placed above question. “While it is difficult to say how definitive these awards are, (blogdom is accustomed to cliques) this year however, we went in for paid hosting to dispel any doubts. The advanced Poll Script used email verification methodology. Internet polls don’t get more credible than this.” Chakrabarty is certain that the stakes are getting higher. “It has been the first and most popular blog award event. We distributed awards close to Rs 70,000 and the fact that companies, authors and bloggers went out of their way to sponsor prizes bears great testimony to the process.” But awards are not the pay-off. Chakrabarty’s site augments the community building. “For two or three months, Indian blogs gain world-wide attention and the list of nominees always introduces one to some very good blogs they haven’t read before. The theme that runs through is one of ‘showcasing’. Indibloggies is not any kind of literary award event. We don’t simply award the best, but also the popular ones.” The blogging community internationally is fascinating, but for a newbie, a daunting body to browse through. At home, the community is growing, but is still fresh, nascent and deliciously naïve in bits. Lines are being drawn, but they haven’t been chalked in yet. ….
It’s quite simple really, this blog ging business. Soon it Debashish Chakrabarty will be lucrative as well. Vernacular blogs are beginning to blossom and they will be the real boom once the Internet grows past the reach of the middleclass.

Marketing researchers have dubbed it social software, and phrases like viral marketing have begun to be bandied about along with talk of using blogs and vlogs (video) to test the pulse of opinion, or create some themselves. It is a researcher’s dream. Take a blogger like Chakrabarty, “The interactivity through comment and instant reach to audience weaves small communities around each blog that helps bloggers stabilise and blog more seriously. When I started, I wanted to be a consistent blogger, now I enjoy the work that surrounds it. I have been involved in shaping Wikipedia, started cliques, awards, localised blog-ware, provided localised templates. That is as interesting as blogging itself.” And telling. Listen. You can just hear the taptaptapping of thought, sometimes random and abstruse, sometimes radical and anarchic, being uploaded into cyberspace, the latest frontier for the pioneers of sociological evolution. The medium is the message. And the message is money in the bank. 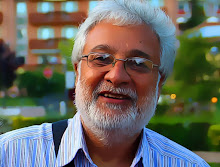